Superior in most areas of the pitch they took control after a bit of sparring in the opening ten minutes and dominated the rest of the opening half to lead with an impressive 3-9 to 0-2 at the break.

The north Antrim boys came out strong after the break and hit the opening two points but once Shea Shannon pointed a free in the 39th minute St Mary’s were back running the show and they tagged on a further seven points in the final 20 minutes to take their first title in five seasons.

St Mary’s defensive unit was never really troubled throughout the game and with captain CJ McKenna dropping back in the second half for extra cover there was never a chance that they would let their grip slacken.
Player of the Match Colm McLarnon really hurt St Killian’s with his direct running through the centre during the opening half and corner-forwards Paddy Doyle and Tiarnan Murphy fed off him for their goals, but their attack as a whole stretched St Killian’s defence with their pace.

Just short of the start of the second quarter, McLarnon cut in along the line to fire over and put his side 0-4 to 0-2 ahead. Five minutes later he split the defence and put Doyle in for the opening goal and a lead of 1-5 to 0-2 and they pressed home their advantage with McLarnon delivering a great handpass for Tiarnan Murphy to hit the roof of the net in the 24th minute.
Then right on half-time a long ball out of defence found Odhran O’Callaghan who raced clear for a third St Mary’s goal.

Daniel Black and James Morgan roused St Killian’s challenge on the re-start but Murphy and O’Callaghan pointed twice each in the last quarter to make sure the Tower boys didn’t build on that start.

The Belfast boys have lifted every hurling title through their school career and all of them under the guidance of former Antrim footballer Paddy Cunningham.

Their attention now switches to the MacRory Cup and then in the spring time the hurling All-Ireland. 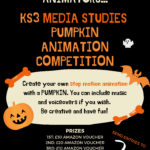 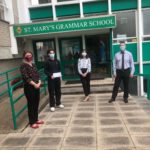 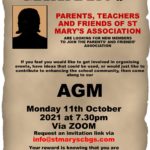 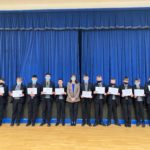 Year 10 Student of the Month – September