The early Christian Brothers and epidemics in Ireland

The early Christian Brothers and epidemics in Ireland

The 1816-1819 Typhus epidemic in Ireland caused about 50,000 deaths including about a quarter of the population of Cork. The Brothers in Cork gave over their newly built North Monastery and school as a temporary fever hospital. Three Brothers died in this epidemic, while two of Edmund’s earliest companions, Thomas Baptist Grosvenor and Francis Manifold died of typhus in later episodes.

The 1832 Cholera Pandemic, called the Asiatic Cholera, is counted as the second of Cholera’s Seven Pandemics. This travelled westwards from India and Russia through France to England and Ireland, and ultimately to North America. Some 25-30,000 died in Ireland.

Edmund Rice directed the Brothers to help as far as possible and to make their buildings available as far as necessary. This happened in Thurles and Dungarvan, and especially in Limerick where accounts were given of the Brothers attending the cholera patients in the hospitals. No Brothers died of this 1832 epidemic, though it lingered in some areas and Christian Brother poet and novelist Gerald Griffin died of cholera in 1840 aged 36.

The Christian Brothers in China

The Christian Brothers were in Wuhan about 100 years ago. Wuhan is the contemporary name of a large urban agglomeration in Hubei Province of China, currently best known as the starting point for Coronavirus Covid-19. Listed as 17th of the world’s megacities, Wuhan straddles the junction of the Yangtze River with the Han River. Originally there were three cities on the three sides of the junction: Hankow, Hanyang and Wuchan(g). The name “Wuhan” is made up of characters from the three original names. The “Irish Christian Brothers Mission to Hupei (sic)” included one Australian, Patrick Harty, later well known as a long-serving novice master. The Columbans had gone to Hanyang in 1920.

One record states that: “1 Australian and 3 Irish Christian Brothers arrived at Hanyang in late 1921 to assist the Columban Fathers in the educational apostolate. In September 1925 they also began to teach in the Catholic College of Wuchang across the Yangzi River… As a consequence of the political disorders of the Northern Exhibition [under the leadership of Chiang Kai-shek] they abandoned the China establishment in 1927.”

The Decade on Ecosystem Restoration – 2020s

The loss of nature and the rise of pandemics

The fallout from the COVID-19 pandemic will dominate the global agenda for the foreseeable future. As a global community, it is crucial that we take steps to reduce the risk of future pandemics. Some of the most important actions we can take are to crack down on illegal wildlife trade and close unregulated wildlife markets; and to preserve intact ecosystems and restore the health of those that have been degraded.

As we tackle the alarming impacts of the coronavirus crisis, we also need to keep in mind the ongoing nature and climate crises that threaten our future. It is now more imperative than ever for governments to sign on to a New Deal for Nature and People, a globally binding agreement to:

Along with maintaining our natural systems, action is needed to restore those that have been destroyed or degraded, in a way that benefits people and restores the fundamental functions that biomes such as forests provide. Aware of this challenge, the UN has dedicated the 2020s as the Decade on Ecosystem Restoration. Conserving and restoring our ecosystems and the services they provide – including disease regulation – should be seen as a fundamental part of maintaining human and planetary health.

As we survey the devastation wreaked by the coronavirus, we must take this time to reflect, and to harness the power of nature to prevent future health crises. A healthy planet is the foundation of our own health and well-being. 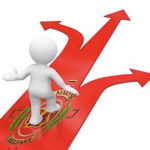 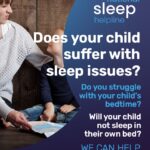 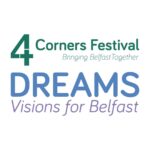