St Mary’s made their return to the Danske Bank MacRory Cup stage this afternoon and were unfortunate not to claim anything from their 1-12 to 2-06 defeat to holders St Patrick’s College, Maghera at Loup.

It was the first time that the Glen Road side were competing in the premier school Gaelic competition since 2012 and upon their return they quickly found themselves two points behind to last year’s winners St Patrick’s through scores from Paddy Quigg.

Paddy Doyle got St Mary’s off the mark and despite Quigg restoring his side’s two-point lead CJ McKenna levelled the game with a score from a free and one from play.

St Patrick’s hit three successive scores through Quigg, Larry Kielt and Fergal Higgins to claim a three-point lead but on the midway point of the first-half, Eoghan McCabe burst through the Maghera defence and rifled home to level the game at 1-03 to 0-06.

St Patrick’s responded again through Higgins and Paddy McCormack to led by two points, however points from Doyle and McKenna ensured that St Mary’s would go in at the break level at 1-05-0-08.

A frantic start to the second half saw both sides go for scores, Maghera hit three wides from their opening three shots and St Mary’s had two goals disallowed.

The first came when Paddy Doyle showed great pace to burst forward on the counter attack and blast to the net, however his effort was chalked off after the referee adjudged Colm McLarnon to have committed a foul in the lead up.

The second disallowed goal came after the referee ruled that St Mary’s had not gained advantage for a foul at the same time that John McCaffrey had rifled home, though Paddy Doyle gave the Glen Road side the lead for the first time after converting the resulting free.

With 53 minutes on the clock however St Mary’s were back on terms, when Paddy Doyle cut inside on the right and blasted home to make it 0-12 to 2-06.

Both sides pushed for the win and three minutes from time it was holders St Patrick’s who conjured the winner through a powerful strike from Paddy Quigg which beat Gerard Smith all ends up.

Despite going all out for the equalising score St Mary’s return to the MacRory Cup ended in the defeat, but the Glen Road side can take a lot of heart from a spirited display against the holders and one of the favourites for the tournament. 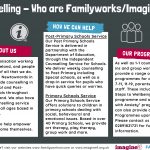 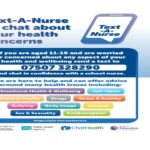 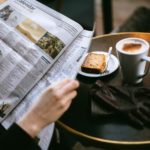